If you’ve ever decided against touring the Aussie Outback because you don’t have a 4WD, today is your lucky day.

You CAN visit the Australian Outback in a standard, non-4WD car! Just follow these simple rules:

Pilchard and I have travelled to all the RedzAustralia TOP 10 Accessible Outback HOT Spots below in either a Subaru** Touring Wagon, a Subaru Forester or a Subaru Outback. Sometimes we’ve even had a NON-off-road camper trailer in tow. We’re not foolhardy risk-takers – we just follow those rules.

But if we can have these 10 Accessible Outback Experiences without extreme 4 wheel driving, then so can you!

Stand atop the Bunda Cliffs – longest unbroken line of sea cliffs in the world – and watch the whales cavorting below! Yes, you’re in the Outback – and this section of the all-bitumen Eyre Highway separating Ceduna from Norseman, ~1200 km west, is Outback all the way.

Crossing the Nullarbor Plain en route from Sydney and Perth, around ~ 4000 km, is one of Australia’s great road trips. Full of life changing experiences – think driving Australia’s longest straight stretch of road; golfing on the world’s longest golf course; and unravelling the mystery of the Nullarbor Nymph (take links below for details) – it’s a TOP Outback experience in itself, even without the whales.

Where: Head of Bight Whale Watching centre is just off the Eyre Highway, ~220 km east of Eucla on the WA/SA border

When: Whale season is from June to October

MORE about Head of Bight and the Nullarbor Plain

The tiny opal mining town of White Cliffs is the only place in the world where unusual pineapple opals occur naturally. Despite spending a couple of afternoons on the mullock heaps, the only ‘colour’ (opal-speak for actual opal) we found was pretty, but worthless. Maybe you’ll have better luck? We certainly did when we gave the diggings away and ‘found’ some opal in the White Cliffs township, along with the world’s only above-ground mineshaft tour, a self-guided historic walk and unusual architecture shaped by harsh weather conditions and limited building materials.

If you’re car’s up to it, take the rugged, unsealed Wanaaring road for 33 km to the Paroo-Darling National Park and Peery Lake, at over 30 km long the largest overflow lake along the river.

Where: White Cliffs is 96 km north-west of Wilcannia, which is 195 km east of Broken Hill on fully sealed roads

It’d be difficult to drive yourself north over ~400 km of mostly dirt station tracks through magnificent outback scenery – it passes through 10 pastoral properties. But hitch a ride with the local postie to deliver the mail, catch up with some of the locals and see what’s outside the Quilpie city limits!

When you’re done with the Mail Run, climb nearby Baldy Top lookout (top photo) for a great view over this remote Boulder Opal mining town on the edge of nowhere. Explore west by driving 100 km to Eromanga, reportedly the furthest town from the ocean in Australia; fossick for opal at the caravan park’s ‘Deuces Wild’ lease; or drive 75 km south to Toompine for an Outback Pub experience.

Where: Quilpie is 211 km west of Charleville on the Cooper Developmental Road; and ~950 km west of Brisbane on the Warrego Highway, all sealed

MORE about Quilpie and Eromanga

There’s NO WAY that driving the 660 km of rugged, stony, tyre-shredding Gibb River Road (also known as the ‘Boys Own Adventure’ route) from Kununurra to Derby qualifies as an ‘Accessible Outback’ experience.

But the ‘Gibb River Road LITE’ version does!

Outsource the driving and hit the notorious road on a 4WD bus (it’s a school bus in its spare time) from North-west Kimberley town Derby for a 360 km round trip on the Gibb River Road to Windjana Gorge and Tunnel Creek, then back again.

So sit back, enjoy morning tea and lunch en route to the main attractions, and save your car and/or rig for the bitumen.

Road Conditions: Appalling! That’s why you’re letting someone else do the driving, remember??!!

MORE about the Gibb River Road and the Kimberley

The amazingly varied and superb Outback scenery makes the 7 km Ormiston Gorge and Pound walk one of the best short-ish hikes in Australia (IMHO). But it helps that it’s superbly placed amidst the ancient rocky landscape of the West MacDonnell Ranges, traversed by the Finke River, oldest waterway in the world.

Ormiston Gorge is the smart alternative if you want to dodge the crowds at Uluru AND experience Outback magic with classic scenery, wildlife and a variety of walks. It’s SO good, a two-night stay turned into six nights!

Where: Ormiston Gorge is in the West MacDonnell Ranges, 128 km west of Alice Springs on a fully sealed road.

Don’t expect to see horses at the Bedourie races – it’s camels all the way in the lead up to nearby Boulia’s camel race weekend. Join Bedourie locals for a TOP day out with racing, wood-chopping, good Aussie tucker, entertainment and an evening dance – to be held in 2016 on 9 July.

Home of the iconic Bedourie Oven, the town sits almost half-way between two other Western Queensland racing icons – Boulia, and the centre of Australia’s racing universe – Birdsville, with it’s world famous race meet held in September. Once the races are over, explore the area or just relax in the town’s Hot Artesian Pools!

Or stick around for the Boulia Camel Races – longest track in Australia; then move on to Winton for more races the following weekend.

Standing on the edge of a massive man-made crater stretching for nearly 4 km and waiting for a blast that’ll knock the sides out even further is like nothing else you’ll see in the Outback. A bold scheme (somewhat like its founder Alan Bond) the Super Pit combines leases and resources to more efficiently mine the Golden Mile – one of the richest seams of gold in the world.

A town able to survive because of an ambitious engineering feat piping water from the outskirts of Perth, nearly 600 km to the west, Kalgoorlie is a gold-mining town 24-7.

There’s nothing quite like the Outback’s natural attractions – but there’s something strangely compelling about this very unnatural one!

MORE about Kalgoorlie-Boulder and the Super Pit

A number of localities vie for the honour of being the REDdest place in Australia. But for the reddest accessible outback HOT spot, there’s no contest.

Even with my old FILM camera, the red sand dunes west of Queensland Outback town Windorah are so startlingly vivid they almost hurt the eyes. Windorah has the added inducement of being closest town to Australian icon Cooper’s Creek – only place in the world where two rivers meet to form a creek. Then a little further west there’s the weirdly signposted ‘Point of Interest’, and a little further beyond that, The Little Loo at the end of the Universe – my most popular Scenic Public Toilet ever!

That’s all very nice. But it’s those RED sand dunes that get me every time!

Where: Windorah is 239 km north-west of Quilpie (see #3 above), along the Diamantina Developmental Road

MORE about Windorah and Cooper’s Creek

As the crocodiles zig-zagged through the otherwise tranquil waters of Marlgu Billabong, centrepiece of the Parry Lagoons Nature reserve, the 65 species of birds we saw over two visits seemed unperturbed. Maybe the crocs were after bigger prey? That’s why we stayed firmly behind the barriers of the viewing platform over this magnificent inland billabong and breeding ground that attracts thousands of birds.

Only a few kilometres from East Kimberley Town Wyndham, the lagoon is a dramatically beautiful dry-season oasis against the stark colours and boab-tree-studded landscape that surrounds it.

Where: Marlgu Billabong is ~15 km on a dirt road from Wyndham.  Wyndham is ~100 km north-west of Kununurra on a fully sealed road.

Experience extreme Outback Adventure on a bone-shaking 4 hour return trip through the (almost) trackless adventureland of Arkaroola Wilderness Sanctuary to Sillers Lookout. Even though you won’t be driving yourself on this tour, it’s full of heart-stopping action on steep tracks with vertigo-inducing drop-offs and staggering scenery from several vantage points that show off northern South Australia to supreme advantage.

The Ridge-top tour is conducted by Arkaroola Wilderness Sanctuary and for my money, it’s the ultimate Aussie Outback experience of all time. And I’m happy for any other tour operators to prove me wrong!

Where: Arkaroola Wilderness Sanctuary is 125 km north-east from Copley on an all-weather dirt road. Copley is ~600 km north of Adelaide on a fully sealed road – and if the weather prevents you from getting out to Arkaroola, Copley makes a fine alternative destination

This post is an introduction to guide you to some of the more accessible Outback Experiences.

ANY trip to the Outback, no matter how easy it appears, MUST be carefully planned.  Please visit websites like Travel Outback Australia, Outback Australia Travel Guide or Outback Travel Australia for advice and to ensure you are well-prepared, and carry extra water and supplies at all times.

Why?  Because you’ll be faced with:

* IMHO = In My Humble Opinion

** Please note: These models of Subaru generally have slightly higher clearance than a standard car, and can be switched to 4WD mode if required. 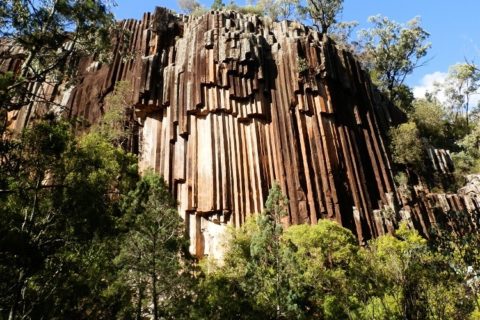 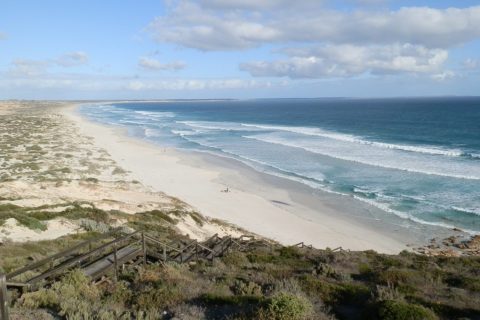