As if to make up for being half an hour late, our baggage emerged almost immediately after we disembarked at Sydney’s domestic terminal.

I’d been SO looking forward to this long layover because nothing does it for me quite like sitting in a large airport with nothing particular to do, nowhere particular to go and no chance of transferring to an earlier flight.

But my fantasies of spending the 4½ hours between flights sampling the delights of the airport terminal were about to be cruelly dashed.

‘Why don’t we catch the Airport Link train to Circular Quay?’ Pilchard asked.

What? Was he seriously suggesting we leave the exhilarating architecture, stimulating entertainment, complexion-friendly air-conditioning and gourmet treats of the airport terminal behind for the – gulp – unknowns of the REAL world??

The bonus of flying the 2nd leg of our journey with Qantas meant we could check in our baggage up to 6 hours before the flight. So faster than you could say ‘bag drop’, we were buying tickets at the Airport Link railway terminal 2 levels below.

5 minutes waiting for the train, then 6 stations and around 20 minutes later we emerged from the railway tunnels into a warm, sticky and unmistakably Sydney day at Circular Quay. Correctly referred to by pedants as Semi-Circular Quay, its original name and a far more accurate description!

But if we’d had ANY doubt about where we were, THIS gave it away.

So, instead of the thrill of watching airline passengers scrabbling for luggage at the carousels and their pointless rush to be first to board the plane we instead watched a line of thrill seekers, small as ants getting up close and personal with the Coathanger as they crawled up the massive span of THAT bridge bi-secting the harbour far, FAR – actually 141 metres – below!

Pilchard vowed to join them one day. I vowed that on that same day I’d be his official photographer.

From our vantage point under the shade of Jørn Utzon’s world-famous shells (or sails, depending on your point of view), the light reflecting from the 1,000,000+ Swedish glazed white granite tiles with which they’re covered, we watched the endless stream of boats, yachts and ferries miraculously avoiding collisions as they criss-crossed Farm Cove and the harbour beyond, before sailing under the bridge or into the quay.

Colour, life and movement flowed in all directions – the bright RED of the Royal Botanic Gardens tourist train skirting the green lawns sweeping down to the blue-green waters of the harbour; the mirrored windows of skyscrapers behind the Quay reflecting the scenes below; the massive bulk of a cruise ship against the stonework of the buildings behind; the constant stream of what would be 150,000 vehicles crossing the bridge that day below the climbers above the gray steel struts supporting the bridge’s 503 metre (1650 feet) long arch; the multicoloured ferries coming and going at the Quay; and the multitude of people – sightseers, school students, workers, joggers, backpackers, staff – thronging about the attractions.

Making do with lunch – platter of fresh fruit (chocolate dipping sauce on the side) and glass of bubbles for me; toasted sandwich and REAL chocolate milkshake for Pilchard – from harbourside eatery the Guylian Cafe, we sat overlooking the fabulousness of Sydney Harbour.

And although our wait time at the airport included a sighting of the rare Lavatory Truck (above and below), somehow its attractions just couldn’t compete with that AMAZING harbour. Our micro-tour of Sydney was SO cool, we’d actually consider planning an even longer layover next time!

But for now, we had a plane to catch!

We spent about 2½ hours travelling to and from the airport to Circular Quay, walking around the Harbour Precinct, dining harbour-side at the Guylian Cafe and admiring the Opera House and Sydney Harbour Bridge.

It beat the hell out of hanging around the airport for that same length of time!

Like the idea, but want to try something different?

There are MANY other attractions – see below – and if your layover isn’t long enough to see them all, why not consider extending your stay?!

Get started by checking out some cheap flights – but don’t make that layover too short! 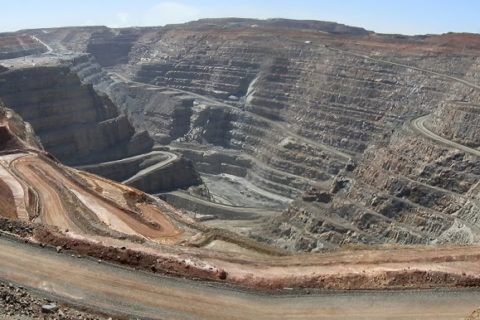