I’m a lighthouse lover from way back. In fact, I was a lighthouse lover WAY before I became a loo lover! There’s something about those clean lines with the RED and (all too often) the white against a dramatic coastline and sky that makes my shutter-button finger itch!

It’s itched so much over the years that I’ve got too many lighthouse shots for one post, even when I exclude all most of the ones with a list to the left. Or right.

So even though this isn’t the definitive SA lighthouse guide here’s my pick of 10 of the best South Australian Lighthouses!

Maybe that’s why this one’s painted in Toxic-Waste-Orange?

Where is the Cape Jaffa Lighthouse? Wait, let me guess – you’d be thinking ‘Cape Jaffa’, right?

Nowadays, instead of warning ships away from the Margaret Brock Reef, its original location off Cape Jaffa, 21 km away by road, this little lighthouse peeks out above the holiday shacks, houses and Norfolk Island Pines on the Kingston SE foreshore.

It’s not operating as a lighthouse any more, but it DOES double as a lookout over the awesome panorama of Lacepede Bay.

*SE = South East to distinguish it from another SA town, Kingston-on-Murray

I’ve only been to the Point Malcolm lighthouse once. On a narrow spit of land separating Lake Albert from Lake Alexandrina near the end of the massive Murray-Darling River system, it’s the only inland lighthouse in the Southern Hemisphere!

So I can’t imagine why I didn’t take a photo on my pre-digital-camera visit many years ago. But that’ll explain the completely gratuitous photo of sunrise over Lake Alexandrina instead of the lighthouse pic you were expecting 😀

Kathy from 50 Shades of Age has kindly given me permission to use her photo of the Point Malcolm lighthouse at Narrung!  Thank you Kathy – one day I’ll return and actually take a photo myself 😀

With 14 shipwrecks come to grief on the rocks, reefs and islands below this stunning sandstone lighthouse on Kangaroo Island’s south-western cape, the Flinders Chase coastline punches above its weight in the death-and-destruction stakes.

That makes lugging 2000+ blocks of stone AND all equipment up a 92 metre high (300 foot) cliff by foot and flying fox in order to build it SO worth it!

Is this the most well-travelled little lighthouse in OZ?

In 1869 it stood at the mouth of the Port River, before being relocated to the nearby Wonga Shoal off Semaphore Jetty in 1901.

In 1986, after a long stint on South Neptune Island off the Eyre Peninsula even further away, it was restored and re-built on the Port Dock!

Just down the road and round the corner from the South Australian Maritime Museum!

What makes the archetypal lighthouse? Let’s see. Classic colours. Striking silhouette. Killer view from the top. Lighthousekeeper’s cottage. Only accessible by boat. On a deserted island.

If that’s what it takes, then this splendid structure on a tiny island off Troubridge Shoal 6km by boat from Edithburgh at the foot of the fabulous Yorke Peninsula could well be the ultimate South Aussie lighthouse getaway!

But be warned! Visit the island only in the company of people you get on well with – because there’s nowhere to hide!

It’s just as well this unusual award-winning cylindrical lighthouse built from specially fired wedge-shaped bricks was built to withstand the above-average winds plaguing this part of the southern Yorke Peninsula.

Although high winds are the least of the problems facing ships ploughing through the heavy seas beneath the long stretch of jagged, water-worn limestone cliffs below the lighthouse.

But at least they’ve got an architectural marvel to look at!

Shade your eyes if it’s a sunny day at this cliff top lighthouse above the Spencer Gulf’s thundering seas that proving once and for all why the lighthouse is there – the sunlight reflecting off the stainless steel plates coating can be blinding.

Missing the kangaroos, rock parrots and wildflowers on the Cape would be a tragedy. But it’d be even MORE of a tragedy to lose your footing on the rough, rocky path and plunge into the sea WAAAAAY below!

On a fine day, the staggering panorama of and from Cape Spencer is a TWO-lighthouse-view. At the end of the Cape with vertiginous limestone cliffs plunging into the treacherous waters below, the mainland lighthouse overlooks its counterpart on Althorpe Island, 8 km away at the western end of Investigator Strait.

Is this the ultimate lighthouse lovers fantasy?

Are YOU a South Australian lighthouses lover? Where’s YOUR favourite? 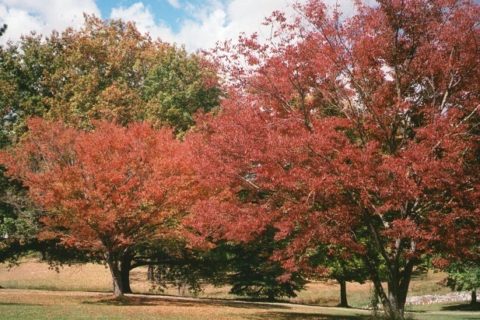 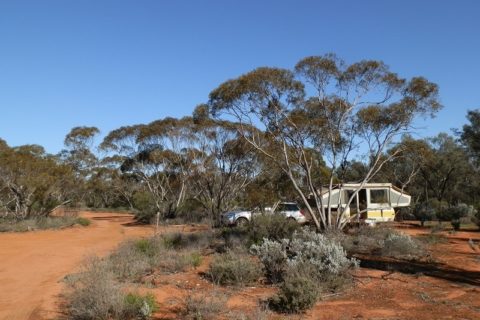