Blue- and red-coloured landscapes are generally associated with other planets, abstract art or young children!

But while you’re checking out all the amazing things to do in Broome you can experience a distinctive red and blue landscape for REAL!

The ocean’s characteristic blue hue from white clay in the water combines with the red local Pindan rock and soil in a gob-smacking hit of colour.  For milder temperatures and clear, sunny days the best time to visit Broome is in July.

But while the colour is a big part of the Broome experience, it’s not the only reason to visit.

Because whether or not you’ve got a thing for red and blue, exploring these 5 fabulous attractions will make your holiday in Broome an unforgettable experience.

The chances of finding a spot for yourself on Broome’s world famous Cable Beach are better than average.

This stunning curve of sand so white it hurts your eyes stretches for 22 km (13.7 miles) so despite the Australian winter tourist season’s increased number of travellers at the cafe above, there’s more than enough room on the sand below.

If other tourists on the beach is too much for you, go for absolute solitude just a few kilometres north, through the laid-back community of Coconut Wells and over the dunes to the beach.

There’s a Dune Buggy track or two. And a couple of people WAAAAAY further down the beach. And a few shags* on a rock.

But you’ve got several kilometres to yourself. OK?

It’s a long hike through the mud to the Catalina float-plane wrecks that only emerge from Broome’s Roebuck Bay at very low tide.

I had just as much fun at the world famous Broome Bird Observatory on the shores of Roebuck Bay a few kilometres up the coast.

In the rapidly rising 9 metre tide, close to being highest in Australia, we spotted what looked like a car roof down amongst the mangroves. It WAS a car roof. Actually, two!

Yes, it’s possible whoever drove an uninsured 4WD along the sands of the bay at low tide couldn’t have anticipated being bogged up to the axles. But the person who tried to pull him out???

If you aren’t lucky enough to watch a double-car-extraction from soft sands between high tides, don’t despair.

There are a lot more things to do in and around the Bird Observatory, where thousands of migratory wading birds flock along the bay’s RAMSAR-listed shores along with the twitchers** trying to spot them.

A Yellow Chat birding tour to see one of Australia’s rarest birds; a dawn ramble to the ocean through a dense tropical mist; scenery so superb even the most amateur*** photographer’s shots look good; Snub-fin dolphin sightings from the observation platform; and an array of shorebirds so dense it takes a telescope to sort them out!

Just walk the dramatic curve of Roebuck Bay below the observatory for full-on relaxation in a spectacular setting.

And if there’s no car in the bay for entertainment, maybe the Catalinas are worth a visit instead! They’re probably just as interesting. No, REALLY!

There’s no best time of day to experience all the things to do at Gantheaume Point – any time is good!

At high tide, watching swimmers leaping from the red Pindan rock into a sea so blue it looks like it sucked all the colour from the sky is just like a scene from a movie set. And at low tide – approximately 9 metres lower – the rock platforms emerge from the sea, exposing strange rock gardens full of exotic corals and dinosaur footprints.

The brightness of day where the sea sparkles against the rocky Bingle Bingles around the Point from the unusual Lighthouse contrasts with the incredible twilight and sunset as the orange sun plunges into the Indian ocean and the rocks turn to fire.

So visit any time. BUT … be warned! The High tide/low tide/daylight/twilight scenes are SO different you’ll want to experience all of them.

HHHMMMmmm… perhaps it’d be easier just to spend the whole day there?!

4 A Night at the Pictures:

If like me, you’re a sucker for world exclusives, take in a movie at Sun Pictures, world’s oldest operating picture gardens – where the entertainment isn’t all up on the big screen!

After admiring the movie memorabilia lining the walls since its official opening as Sun Pictures in 1916, cinema-goers take their seats and don their jackets.

The coolness of a Broome evening shouldn’t come as too much of a surprise – because despite the ~29°C July daily maximum temperature, it really IS winter!

But after the sun sets and darkness falls over the open-roofed theatre and the show starts, there’s another surprise in store. WARNING: To avoid spoilers, SKIP THE NEXT PARAGRAPH!

Watching the generally unremarkable cinema advertising is interrupted without warning as a low flying passenger jet only a few metres above the screen screams into Broome airport. Accompanied by the odd shriek – or two – from patrons unaware of the special acoustic qualities of this unique combination of landing jet and open-roofed building!

Photos? C’mon! Do you REALLY think my shutter-button finger was THAT quick?

Luckily, one of Australia’s most unusual public amenities blocks with an ever-changing backdrop is right below the big screen! AND … it’s in MY BOOK!!!

5 Willie Creek and the Pearls:

Even if you’re totally unaware of Broome’s history there’s a few dead giveaway clues to its heritage.

Like the pearl showrooms and sales outlets in the main shopping precincts. The well preserved pearling lugger in Chinatown’s main street. The Japanese and Chinese cemeteries where hundreds of pearl divers are now at rest and commemorative statues and plaques in the main street. The inclusion of pearl meat at some of the eateries And the staggering array of pearl-related products at the weekly markets!

Yes, it’s impossible to ignore the rich pearling heritage of this beautiful city, the jewel of the Kimberley coast.

So when we were thwarted by an anti-mining blockade from our drive north up the coast to controversial hot-spot and whale nursery James Price Point, Plan B kicked in and we arrived at Willie Creek Pearl farm ready for action.

As a aerophobic, my scenic helicopter flight over the magnificent estuary system glowing with colour and light could have ended badly. Luckily I was distracted by the staggeringly picturesque landscape unfolding beneath.  So my amateur*** photographic instincts completely overcame any lingering thoughts about crashing to the ground and dying a horrible death.

Relieved I was still alive after the successful touchdown, I just had to buy myself a little reward souvenir! Who knew (or cared!) that the $9 black seed-pearl ring I selected was from the children’s section? While it might not be to everyone’s taste, the showroom had plenty of REAL jewelry and pearl-related artefacts for pearl purists!!

After a snack from the Willie Creek cafe, I was ready for another helicopter flight …

… but decided to wait until next time!

I see a repeat performance of ALL these awesome things to do in Broome in July somewhere in my future. But don’t leave all the good times up north downunder to me! Start right here, right now! Compare the cheapest flights online … and I’ll see you somewhere up there on a sunny July Aussie winter’s day!!

* Shag (in this context) = Cormorant 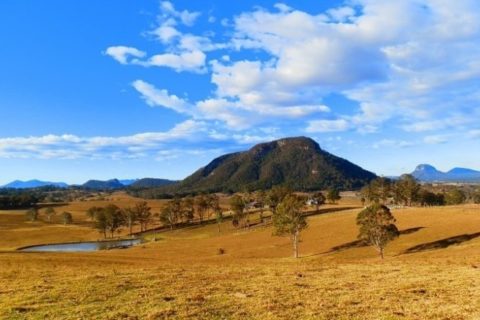 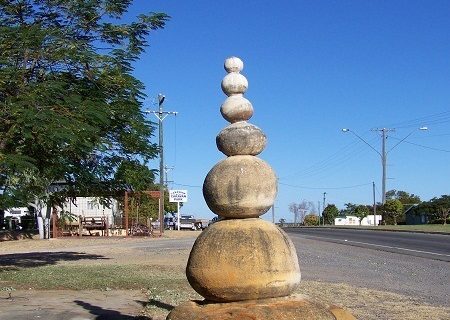