The sun rose as usual on this shining, sparkling pre-Xmas summer morning.

A nice day for an apocalypse*.

And where better to face the end of the world than on a (mostly) deserted Aussie beach, in an inadvertent echo of Australian classic On the Beach?

I’d actually forgotten that the 21st December 2012 was to be, according to some, the end of the world. But even if I HAD remembered, I’d still have chosen to go to the beach.

But not just ANY old beach.

This beach.  The Southern Yorke Peninsula’s Swimmers Beach – at least we THINK that’s what it’s called – almost as far south as you can go in South Australia.

And as the apocalypse drew nigh, Swimmers Beach was enjoying a summer’s day of such brightness and clarity the end of the world seemed very far away.

It wasn’t just the end of the world, however, but also a hot summer’s day, the Australian summer school holidays AND only a few days before Christmas. So sharing the pristine sands and unbelievably clear waters of a beach several hundred metres long with only five other people was a little surprising.

In a good way!

While Swimmers Beach provides a convincing argument against the best and clearest ocean waters only being found between the tropics of Cancer and Capricorn, that isn’t its only attraction.

The natural limestone amphitheatre rising above the sand, continually eroded by the treacherous seas that have scuttled several ships over the years, is an endlessly fascinating work-in-progress. Today, a jagged tumble of rocks – newly fallen if the colour and lack of plant life is any indication – create an awesome backdrop for the arching sky above. Elsewhere, rocky edges are softened by the green vegetation and wildflowers bloom among the rocks.

And the wooden staircase hugs the cliff as it climbs to the cars parked high above.

Adventurous drivers on the road above the cliff top have no concept of how closely it nudges the edge – with an ever-increasing undercut adding an element of potential danger.

Only a small danger in the context of the end of the world, however!!

Our footprints the only ones to mark the vast expanse of white sand once past the beach’s other occupants as we wandered to the end and back, the salt water cold despite the summer heat.

We could have been the last people on earth.

But unlike what faced the hapless characters of On the Beach, there appeared to be no apocalypse in sight today … YET!

Just another deserted Aussie beach.  And us.

* According to some, the world was to end on this day! 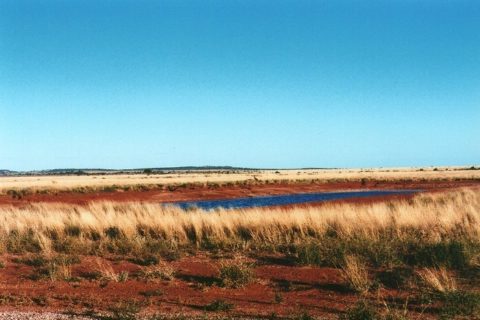 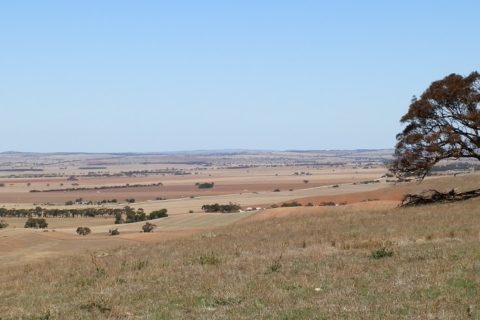