When the 200-year-old Tree of Knowledge was poisoned shortly after being included on the National Heritage List on Australia Day 2006, I was appalled.

Yet another historic Aussie landmark fallen victim to the disregard sometimes shown for our heritage. But although the tree’s demise was disappointing, I was also resigned to its fate. Because when a tree dies, it’s gone for good, right? RIGHT??

Where else but Australia would a replacement tree be considered a viable option?  And we’re not talking simple replanting, either – that’d be too easy. We’re talking a total tree REBUILD!

So when news broke that the now dead Tree of Knowledge would be replaced by a virtual monument incorporating a section of the original in homage, I was skeptical.

How could a virtual tree memorial be built to at the very least equal the real thing?

Because if it DIDN’T match the drama and history of the original Tree of Knowledge, what would be the point??

You’ve probably figured by now that THIS Tree of Knowledge isn’t the Garden of Eden original. Even if the nearby Roses and Things garden and tea rooms closely approximates how I’d imagined the legendary garden, downtown Barcaldine,  known as ‘Garden City of the West’,  isn’t quite the same thing!

But why make such a fuss about a TREE?

Barcaldine is WAAAY more than the Rose Garden and killer bakery! This classic Outback Queensland town is also (arguably) the only place in Australia – if not the world! – with a combination heritage walk/pub crawl based around the 5 historic pubs in the main street!!

Back to the tree!

In 1891, a dispute between shearers, their union and local pastoralists polarised political opinion, culminating in an historic strike and the rise of the Labour Union movement and Australian Labor Party. Events unfolded under a Ghost Gum (Eucalyptus papuana) in the town’s centre, subsequently dubbed the ‘Tree of Knowledge’.

That made the tree a local and national iconic symbol.

So THAT meant poisoning the tree wasn’t just vandalism – but political sabotage.

How could an appropriate replacement for this priceless icon EVER be found?

In August 2011, a couple of years after the $AUD5 Million virtual tree was officially ‘opened’ I approached it with some apprehension.

Probably the best I could hope for was that I didn’t hate it.

But, standing in the shade covering the area of the original canopy, I experienced a rare moment of speechless admiration. Incorporating the preserved trunk and some branches of the original, but with a canopy of wooden cylinders (secured with lock nuts!) to replicate leaves and the musical sound of wind in the ‘foliage’, this awesome virtual tree ROCKS*!

This stunning tribute actually betters (in my opinion, and that’s the one that counts on this blog!) the original icon it commemorates.

But perhaps that’s partly because it provides a unique photographic experience in that it’s almost impossible to take a poor shot!!

A virtual Tree doesn’t require conventional gardening methods either!  Earlier in 2015 it was ‘closed’ for maintenance – those bolts and lock nuts stopping the wooden panels from falling don’t tighten themselves!

And there’s hope for the future too, with Barcaldine’s Australian Workers Heritage Centre, now home to the ‘Young-Un’ (or Son of the Tree of Know-ledge!) cloned from the original tree’s DNA planted in early 2011 by then Prime Minister, Julia Gillard.  And if that doesn’t work out, there’s another clone in Brisbane’s Ecosciences precinct!

So, maybe another icon will be unveiled on this historic spot at a ‘Tree of Knowledge’ festival in another 200 years or so!!

PS  So as not to disappoint regular readers accustomed to a never-ending stream of  Outback cliché shots, I leave you with this superb windmill just outside the Barcaldine Visitor Information Centre!  You’re welcome …

LATER EDIT: For those who care: When I migrated my blog from Blogger to WordPress, this post came with it. However, for some as-yet-unknown reason, it recently disappeared from my Archives. This post is a re-issue of the original with some updated information! Is it just me who sees the irony??!!

PS  Look out for the BEST loo sign EVER near Barcaldine in MY BOOK:  Aussie Loos with Views! 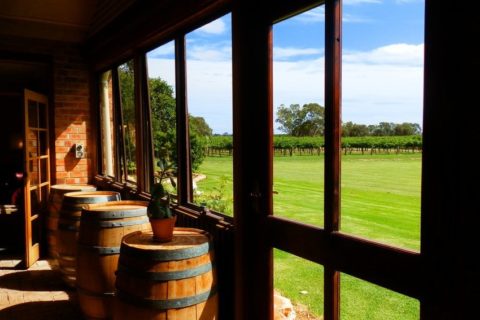 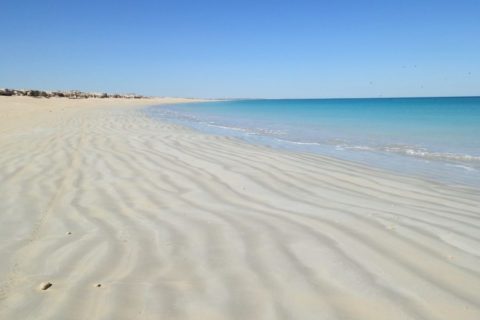