Studded with campfires in the late evening dusk, the creek banks were alive with the sounds of trucks thundering across the bridge, beer cans popping and that combination of braggadocio, loud laughter and hi-jinks peculiar to any random group of three Aussie males on a boy’s own adventure.

Yes, Cooper’s Creek earned its Aussie-rite-of-passage status in the June 2009 week Pilchard and I camped on its banks!

One of life’s great mysteries … but I DO know you couldn’t take a pee ANYWHERE in the bush without hitting a beer can!! And their presence put a serious dampener on any plans I had to use the solar shower – at least without a shelter from the beer goggles!!!

The only place in Australia – actually, the world – where two rivers, the Thomson (above) and Barcoo (below) meet to form a creek, Cooper’s Creek is a unique Australian icon. With massive river redgums (find the human in the photo below!) lining the banks, scores of water birds, surrounding floodplain and remoteness, it epitomises the outback like nothing else – a truly Australian river  system.

Viewed from the air, Cooper’s Creek, and the surrounding ‘Channel Country’ is a network of often dry channels flowing from Queensland’s southwest corner into South Australia before reaching Lake Eyre, lowest point in Australia, and depending on weather conditions, its largest salt pan – or largest inland sea! And as shown during recent Australian floods, riverbanks are neither here nor there to a breaking drought.

As Cooper’s Creek virgins, our first thrilling sighting on a detour between Thargomindah and Quilpie came complete with a 4WD/tinnie/esky/3 mates combo. But the Cooper’s Creek magic came a couple of weeks later, camped on its banks near Windorah. Where else could a modest $10.50 investment in a box of African Nightcrawlers yield 5 different types of fish?! And we weren’t even really serious fisherfolk …

While map naming conventions have changed the name to ‘Cooper Creek’ – that’s just plain wrong! When he discovered it in a dry year, misguided explorer Charles Sturt named it ‘Cooper’s’ after Charles Cooper (then SA Chief Justice) and ‘Creek’ because he didn’t think anything that small was actually a river!

Later, Australian novelist Alan Moorehead’s work about the Burke and Wills expedition made Cooper’s Creek (spelled just like that!) part of the OZ psyche. So why call the creek something other than a) what it was first called, and b) what it’s known as?? After some years with the ‘correct’ name – Cooper Creek – Windorah locals changed the signpost back, a decision with which I concur. Although – and this will come as a surprise, no doubt – the locals may well find what I think to be irrelevant …

SO have a bet each way and call it ‘the Cooper’!! But miss this iconic Aussie landmark, and miss what makes Australia unique!! 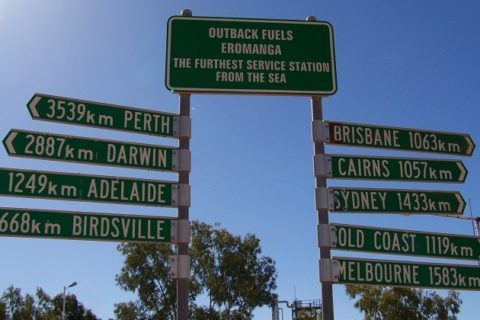 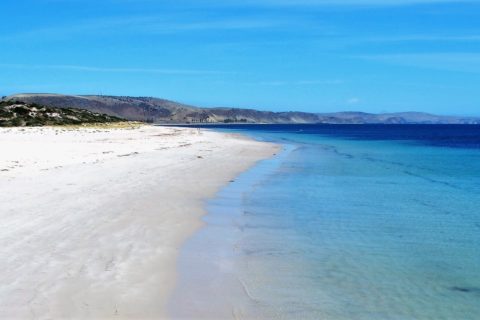 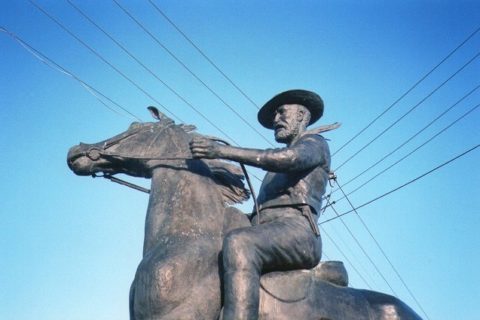