Australian Country Towns don’t come much smaller than some of these! But each town on my A-Z list within my Aussie ABC punches above its weight with attractions you probably won’t find anywhere else. My list of HOT Aussie Towns from N-Z here in Part 2 have attractions so COOL you’ll want to see them all.

And if you missed my selection of Australian Country Towns from A – M, then take a look at Part 1 of T is for Towns HERE!

This vibrant village in the heart of Northern New South Wales’ Rainbow Region is a alternative lifestyle magnet – think communes, cannabis and colourful creativity – amidst a spectacular natural rainforest.

Which is still there thanks to a sustained – and successful – protest against logging that reached a head at nearby Terania Creek, now known as Protestors Falls, in 1979.

Near the Goyder Line – surveyed to determine the point at which agriculture in South OZ isn’t viable – Orroroo is a stepping off point for the Flinders Ranges.

But detour to nearby Magnetic Hill, described by Wikipedia as a gravity hill optical illusion! It’s not unique to Australia – but the bizarre sensation of rolling uphill on a downhill slope makes it a tourist magnet, haha!

Non-birdos might not find the prospect of seeing the only mainland Australian Gannet colony at Point Danger near Portland – oldest European settlement in Victoria – so thrilling.

Luckily, the other attractions – like the Petrified Forest and Blowholes at Cape Bridgewater; and Enchanted Forest, Yellow Rock and Lighthouse at Cape Nelson – have more universal appeal. And how could anyone resits the Bonney Upwelling Festival?

More of a locality than a town, Quobba makes up for its lack of infrastructure with a stunning coastal landscape complete with campground, beach, lighthouse, whales, blowholes (both the rocky AND whale types), wildflowers, monster waves – and one of the best Aussie dunnies anywhere EVER!

Yes, it’s in MY BOOK: Aussie Loos with Views!

Nearly every Aussie state has a town, suburb or locality called Richmond. The Tasmanian Richmond boasts Australia’s oldest bridge built in 1823. Between Hobart and World Heritage site Port Arthur, picturesque and historic Richmond makes a perfect base from which to explore.  Especially when you consider its fine collection of eateries!

Besides, everyone’s already got the shot of Australia’s MOST photographed bridge!

One of the first South OZ river ports, Swan Reach marks where Goyder’s Line crosses the Murray River.  It’s 30 km below the first of the 13 completed locks along the biggest river system in OZ.

Explorer Edward John Eyre made his home here, and nearby Big Bend (can you guess why it’s called that?) has the highest cliffs on the Murray!

Tully’s Golden Gumboot shows the height of its annual rainfall. But it doesn’t show the rivalry between Tully, Babinda and Innisfail.  Each year they vied for the ‘honour’ of being Australia’s wettest town and scoring the ‘Golden Gumboot’ award!

Unless you get a job mining the purest salt in the world, you won’t see the Useless Loop township because no tourists are allowed in this closed community, westernmost town in Australia.  But it’s still my favourite Australian Country Towns name!

A fully self-contained roadhouse with fuel, food, accomodation is what passes for a town in parts of the Northern Territory. With a scenic campground setting below the Stokes Range right next to Australia’s WILDEST river, the roadhouse is worth a stopover.

The Victoria River Roadhouse is a chance to experience wild Outback Australia at its best if you like your scenery full of staggering views and your landscapes with a rugged edge.

It’s not such a long way to the top of Mt Wycheproof, a “metamorphic boss”.  At 43 metres above the plain (237 m above sea level) it is also the world’s (self-proclaimed) smallest mountain!

Visible from Broadway below in the township, the mini-mount is a tourist drawcard.  Especially when coupled with endemic flower Correa Glabra, unique mountain quartz Wycheproofite AND a cool scenic loo.  YES, it’s in my BOOK!

I can’t tell you why there aren’t many OZ towns beginning with X.  But I blame an unimaginative language that fails to use the letter X to its full potential!

That doesn’t mean Exmouth on the tip of North West Cape isn’t worth seeing.  It’s between the ocean and the outback with Ningaloo Reef on one side (guess which!) and Cape Range National Park on the other!

This remote opal mining town shares its name with the Yowah Nut, a geode-like nut shaped rock with an opal core found nowhere else on earth.

They’ve got matrix opal too.

Come for the opal festival and find yourself a Yowah Nut either on the opal field or at one of the many opal outlets.  Or just experience the awesome Aussie outback at its best!

Visit during the dry season and you’d never guess that the Fitzroy River has the highest volume of water in Australia. That’s when it’s in flood with an estimated 30,000 cubic metres per second flowing along a 15 km wide flood plain.

When it’s not being flooded out, visit Fitzroy Crossing for the awesome Geikie Gorge, the closest mainland Australia has by way of icebergs!

Well, that’s just a tiny town teaser! With thousands of small Australian Country Towns there are a LOT more to discover out there.

And if you want to discover them for yourself, take a look at some cheap flights to get you started! 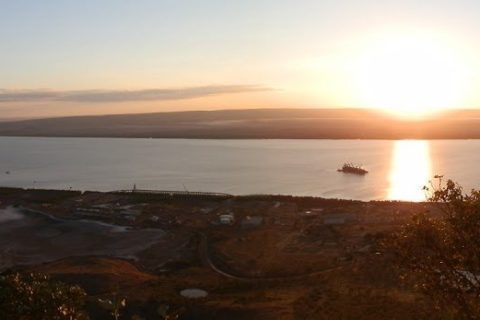 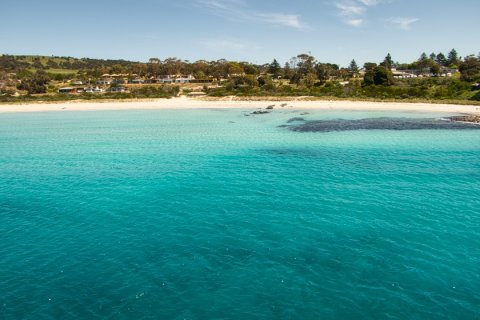 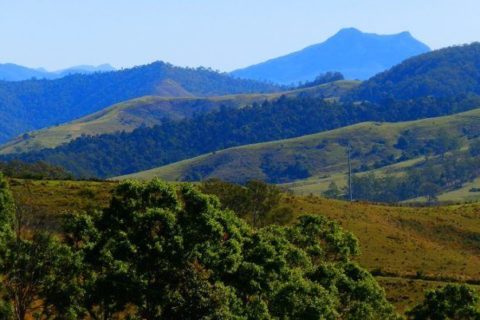