I am indebted to Andrew and his FAAAAABULOUS blog High Riser for many reasons. He’s one of my earliest followers. He gives good comment AND he’s left more comments on my blog than almost anyone else.

A prolific blogger (5556 posts since September 2004 – you do the math!) Andrew’s varied posts about life in Melbourne, Australia and abroad are thought provoking, intriguing and – MOST importantly – never, NEVER dull!

Recently, a series of High Riser posts about Andrew’s holiday with his partner (enigmatically known as ‘R’) caught my attention. Especially because they included some RED photographs of OZ capital Canberra – a gaping chasm in my coverage of all the OZ Hot Spots! So I just HAD to ask him to be my RED Alert guest!

RED: Welcome to REDAlert, Andrew! What made you start blogging?

Andrew: I found myself writing very long comments on other people’s blogs …

RED: HHHMMMmmm… you too??

Andrew: … and thought perhaps I should have my own. Who knew what a monster would be created who has on occasion posted three times in a day! I am not one for self praise and my life is pretty ordinary, but my blog is something I am quite proud of, if only as an historical record. I guess that is why the national library archives my blog! While it’s nothing special, it tells of a particular time in the history of Australia and its attitudes. Of course RED, your comments on my blog are on the record. Are you afraid?

RED: It is the ordinary things that are soonest lost precisely because everyone thinks they are ordinary! I’m privileged to have my comments in the national archive – come the revolution we shall swing together! But I digress … What inspires your blog posts?

Andrew: Everything inspires me but most of my posts are generally given a good bit of thought and polishing. Readers of my blog might not think that.

RED: Dastardly of them!

Andrew: Photos inspire many posts. Anyone can put up photos on a website but talking about what is in the photos and connecting to a reader can make an interesting blog post. Although some of my best posts have been written in anger at an injustice in society, without photos.

RED: The power of words is often underestimated by those who post their daily 293 photos on Facebook with neither editing nor explanation … Where’s your favourite travel destination in Australia or Overseas??

Andrew: It is a direct question, but I will waffle! I did not like the idea of going to Singapore, but it was a place that surprised me and I liked the City State. And while I don’t consider myself to be a spiritual person, I had a weird feeling when we were in London – a sense of belonging and a connection with family history. This is where I came from.

RED: You’ve also seen parts of Australia I haven’t – like the Buchan caves with the RED iron-stained limestone (above). What’s the BEST holiday you’ve ever had?

Andrew: Always the last one! But one holiday I often reminisce about with my partner is Vietnam in 2001. It was not well developed for tourism then, but I think it is now. But wait! Family holidays as a child and a teen in Rose Avenue in Cowes on Phillip Island where my mother rented a holiday house each year from a friend. Day after day of sunshine and lying on sand and swimming in the refreshing cold water. Breakfast, beach, home for lunch, beach, home, afternoon tea, rest, dinner, evening walk to the beach.

RED: HHHMMMmmm… I can almost feel a melanoma coming on …

Andrew: I DO know the memory is selective. It must have rained some days. In fact it did. I’m bored Mum!

RED: Hahaha, it was sounding SO idyllic ’til you got to the rain!! But there’s always a scenic public toilet in which to shelter or to alleviate boredom – like this loo with its touch of RED you found in Merimbula en route to Canberra! Why DID you go to Canberra?

Andrew: We visited Canberra in the early 1980s. We had little money and stayed at the YMCA. My partner suggested we should see Canberra again so we did. It was very interesting, but whether I really liked Canberra is another matter.

RED:  Perhaps that’s just the effect that an uneasy alliance of bureaucrats and politicians has on one?!

Andrew: It may amuse Canberrans to know that we stepped up our accommodation from the YMCA in central Canberra to the Wallaby Motel in Queanbeyan!

RED: Apart from a long ago family holiday, I’ve only ever been to Canberra for work, so haven’t seen many of the tourist attractions!! Your account of the war memorial is very moving. What was the best part?

Andrew: Yes, I did find it very moving and had a couple of teary moments. I was very impressed by how many planes could be fitted into one War Memorial. One really nice thing was seeing school kids buzzing around, but then stopping at an exhibit to actually read the text below.

RED: Sadly, wartime has connected us to many cultures. With which country do you think we have the strongest ties in peacetime?

Andrew: If you judge by popular culture, perhaps America. But I think we are still quite tied to and influenced by Britain and its culture. Even the young immersed in American culture pick up words and phrases from England. I don’t think you hear ‘Cheers mate’ in the US of A. It is something I rather like about Australia, our willingness to pick up things from any country, including and especially their food!

Andrew: The poppies were pretty good and quite RED too! As cut flowers poppies can be difficult, but at Floriade the red poppies stood proud and strong. We are only a few days after Remembrance Day (11 November) and the red poppy is a symbol for the day.

RED: Is there any RED to be seen in Parliament House?

Andrew: Well yes and no. Our Federal House of Representatives is supposed to be green and the Senate red. But then the Red was not as RED as I expected it to be. Senate was quite pinkish. Perhaps the colour needed to be muted to reflect the colours of the Australian bush? Of course the most famous RED person** in Parliament House exited the building at the last election.

RED: Many readers will be shocked to learn that famous Red Head is NOT me, I’m sure … If you could trade places with any federal politician for a week, who would it be?

Andrew: The all powerful Treasurer who decides which department gets funding and to a lesser degree for what programmes.

RED: Haha!  But I believe I’m quoting Spiderman to say ‘with great power comes great responsibility’! What was the highlight of Canberra for you?

Andrew: The War Memorial. I advise people to break a visit into two. You can’t take it all in one visit.

RED: What are Canberra’s TOP attractions?

RED: Well … Canberra isn’t exactly known for its bakeries, is it?? Where’s the REDest place you’ve ever been?

Andrew: When flying back to Australia from Bangkok and looking down at RED sand ridges in the north of Australia, mile after mile of them. It was about 1989 and the first time I had flown over Australia. I do like the way Japanese use red for their footbridges. 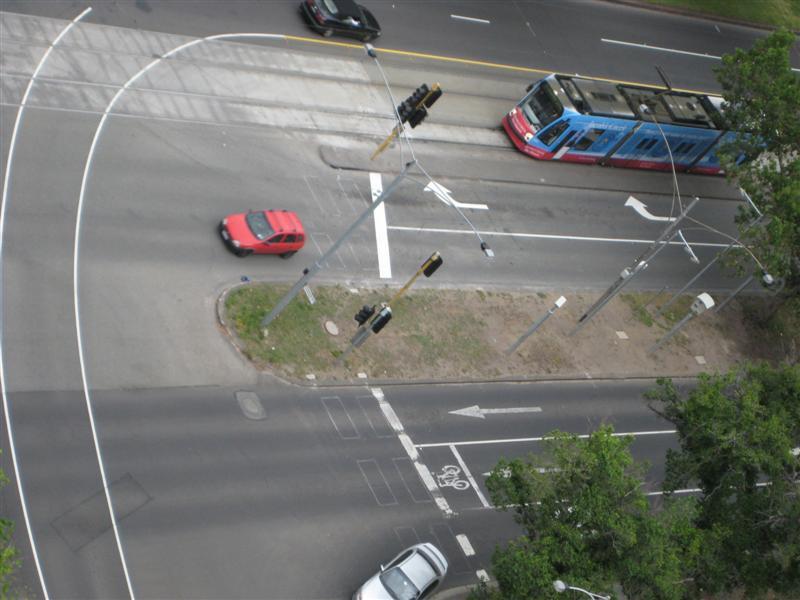 Andrew: I am from Melbourne, so my answer must be black. Actually, I do like black.

RED: BLACK though Melbourne is painted, I still see some flashes of RED in this scene from your balcony!!  Do you own a lot of RED stuff??

Andrew: I don’t wear red. A male my age in RED, quelle horreur.

RED: Strangely, that works in the opposite way for a female of MY age. At least I hope it does!

Andrew: But we have quite a lot of RED as an accessory colour in our apartment. Among blacks and neutral colours, red has a dramatic effect.

RED: And if our readers care to look HERE, they’ll see just how much RED has crept in!  Do you have any final RED words of wisdom for our readers?

Andrew: I have just run colours that RED does not work with through my head and there are none. RED is a hot colour, a busy colour and a lucky colour. It needs it needs to be used carefully when we are in control of it, but we can’t control nature and there is a lot of red in nature.

RED: Indeed you are right! A lucky colour for a lucky country!!  That’s also busy and HOT!

Missed my other RED Alert Interviews? Catch up HERE: 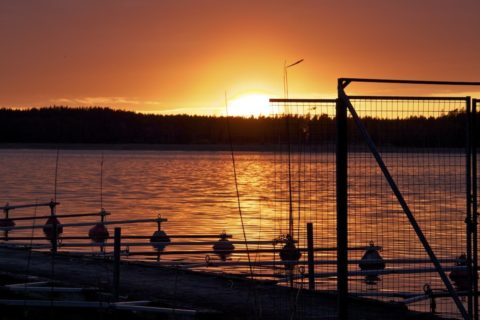 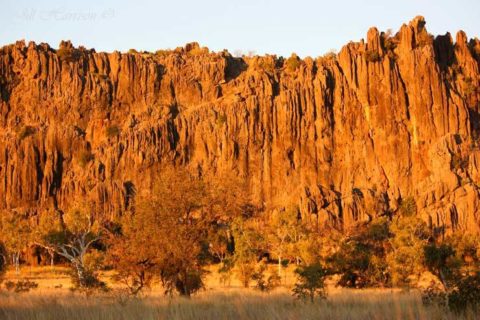 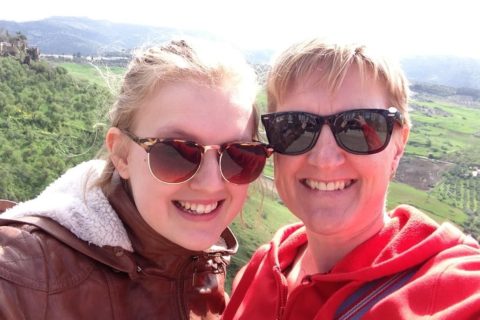 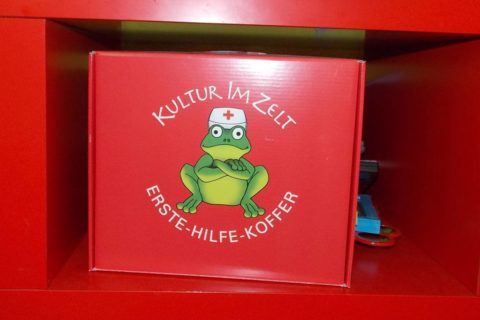