STOP PRESS:  Tragically, the Sugar Pine forest was burnt in the horror bushfire season of 2019/20. The Sugar Pine walk has been closed pending removal of the trees which are a danger to visitors.  I hope this glimpse into my past experience inspires readers to get out there NOW and explore Australia while you can.  Don’t leave it – tomorrow may be too late.

I’m convinced the Bago State Forest has a portal into another world. Or at the very least, to a parallel universe …

Travel a few hundred metres down Kopsons Road, off the main road between Batlow and Laurel Hill on the South West Slopes of the New South Wales High country.  There you’ll find yourself in a part of Australia that doesn’t look anything like anywhere else in Australia.

For a start, the pine needles – probably inches thick – muffle the sound.  Not that there are too many sounds under the pines with a canopy so far above you could break your neck trying to spot it!

Incidentally, fellow Australians concerned that I’ve reverted to the distant past by my lapse into the long abandoned imperial measurement system of yesteryear need not fear.

I’m just paying homage to the provenance of the magnificent Sugar Pines (Pinus lambertiana) towering above me.

Where are the Sugar Pines from?

Sugar Pines are native to the US Pacific Coast and common in Yosemite National Park, where ‘Yosemite Giant’, at 82 metres (269 feet) high, was the tallest recorded specimen until it succumbed to a bark beetle attack in 2007.

I’m also paying homage to the great age – greater even than mine – of these spectacular Sugar Pine specimens. Planted in 1928, the trees were still going strong during our one and only visit in March 2013; hardly surprising given their life span in their natural habitat has been estimated as up to 800 years.

It’s a tragedy that this forest was destroyed by fire in the 2019/20 Australian summer – who knows for how much longer these gentle giants would have lived if left to their own devices?

Besides, saying the carpet of pine needles is centimetres thick just doesn’t have quite the same ring to it!

How did the Sugar Pines survive?

So what’s a forest of North American timber doing in a country where the ubiquitous eucalypt – only genus in the world found in every habitat from Coastal to Alpine – is far more likely to be the tree du jour?

And when the Sugar Pine is so prized for its timber that a forest would normally be felled long before reaching this stupendous size or age??

AND when past experience reluctantly informs us that cash-strapped governments aren’t always known for planning beyond the next election, let alone leaving a lucrative 2.4 hectare stand of Sugar Pines uncut for 85 years???

Maybe it just shows there really IS magic in the air …

Wandering the walk – thankfully short, our 13 km Kosciuszko challenge was just a few days ago – through the Sugar Pines, time stands still and the warmth of the day does not penetrate. A family enters the forest behind us, children uncharacteristically quiet, and take a side track.

Do they reappear? Not while we’re watching …

… perhaps the portal worked and they were beamed away somewhere??

Whatever.  I’m too intrigued by the potential solution to the first-world dilemma of childhood obesity to be found in these prodigious pines.

For Native Americans, the sugary sap from the heartwood was a delicacy, with its crisp, candy-like beads.  But the trees had an inbuilt, sure-fire way to prevent overindulgence.

Eat too much, and the natural laxative properties of the sugar would kick in!

Here’s a fat kid solution so obvious I bet no one’s actually thought of it!

Maybe that means there’s a consultancy opportunity heading my way???

The staggering natural beauty of this plantation of the largest of the pines is enough to warp time and give the visitor a taste of a universe where things work differently.

And a glimpse of what could be in such a world. 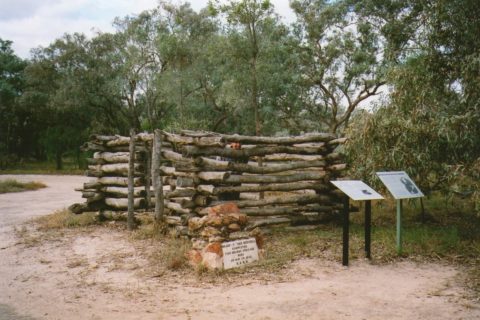 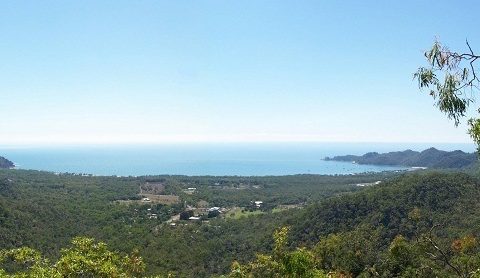