Homestead doesn’t generally make the Top 10 list of Queensland tourist drawcards. Not to MY knowledge*, anyway.

This small, ex-Gold mining town is more likely described as a blip on the radar almost exactly half-way between Balfe’s Creek and Pentland, themselves blips on Queensland’s Overlander’s Way between Charters Towers and Hughenden!

In fact, while we’ve ‘been to’ Homestead several times over the years, these ‘visits’ would be more accurately described as ‘drive-throughs’. Fast not-taking-any-notice-because-there’s-nothing-to-see-and-we-don’t-need-fuel-or-food drive-throughs en route to either the east coast or the Outback. Or as the tourist brochure detailing the tiny towns on this route describes it – ‘between the Basalt and the Black Soil’!

But in August 2011, as we passed by Homestead, a process normally taking well under a minute, I saw something weird out of the corner of my eye. I gave Pilchard what, in retrospect, must have been a painful jab.

‘Stop the car,’ I demanded, no mean feat when towing a camper trailer at high reasonable speed. But Pilchard, ever compliant**, braked responsibly, performed an illegal U-turn and pulled up in front of Homestead’s newest attraction!!
﻿
﻿

﻿ ﻿ Bravely eschewing the regrettable Aussie tendency for Big Things***, Homestead’s highway display choice of this less flamboyant (but still bizarre) actual-sized social history exhibit is ground-breaking!! And the safety-consciousness shown by the helmet’s inclusion is to be applauded …

In fact, the creativity shown by what must SURELY now be described as an EX-blip, has ensured keenly anticipated future ‘visits’ to Homestead! Will there be a new display? What will it be?? Will it make a great new post for my blog???

* Impossible as it may seem, I HAVE been known to be wrong – so tell me if you know better!
** As if!!!!
*** Although as a blogger, I appreciate their amazing photogenic qualities … 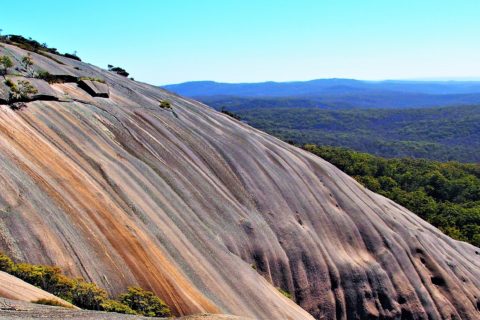 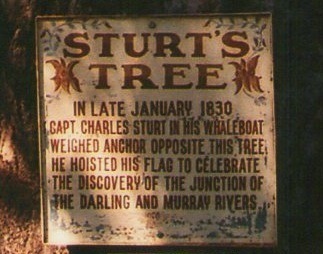