The Mid Murray Council ‘s having one of those years.  Years of drought (and arguably a bit of un-Australian upstream behaviour!) has seen the Murray River, lifeblood to South Australia’s fruit bowl the Riverland, fall to the lowest levels in decades.
So low, in fact, that parts of the river banks are seeing the light of day and they don’t like it!  Without the water, they’re in danger of collapse.  So what’s a litigation-savvy Council to do?
Put up warning signs, of course!  Like this one at Blanchetown.
But then, damned if the drought doesn’t break with a vengeance!  Unprecedented rains and severe flooding across much of the Murray-Darling Basin catchment area mean heavier downstream flows into the Murray and rising water levels.  Blanchtown’s Lock Number 1 can hardly be seen for the water flowing over it.
And before you’ve got time to contact a signwriter, the sign’s out of date!
But luckily, the rising river has obscured the critical point – so the punters can no longer tell what it is they should be taking care over.  No harm done, right?
But if you think this river’s in full flood, think again.
The flood meter upstream at the old ferry crossing at Morgan puts it in perspective.

On our March 2011 visit, the river was running high but had peaked the previous day.  But the current level is still well below other floods – as shown by the markers on the right.

Why is the meter so high?  Well … the September 1956 flood is the benchmark against which all other floods are measured.  And yes, it’s there on the marker – way up past 11 metres!!

If it reaches those levels again , the Mid Murray Council would have a lot more than a few out of date signs to worry about, wouldn’t they?!?!?! 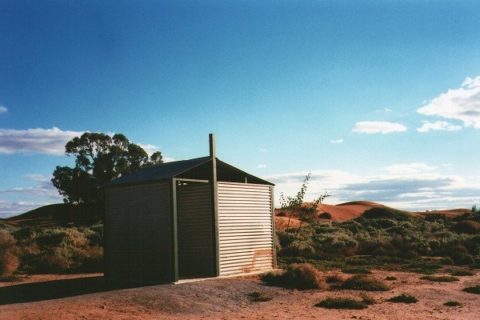 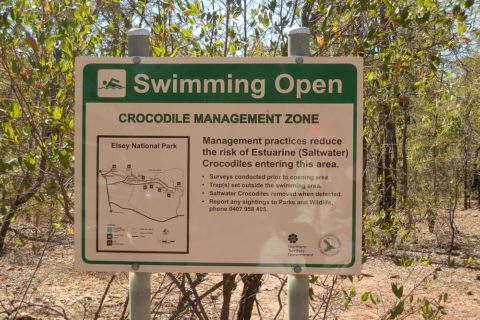 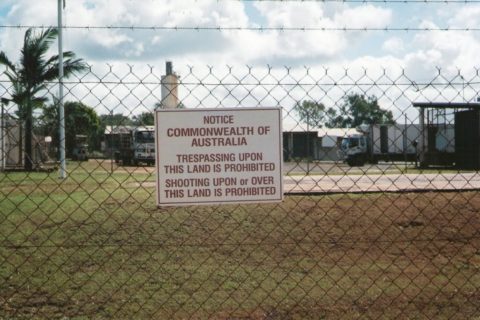 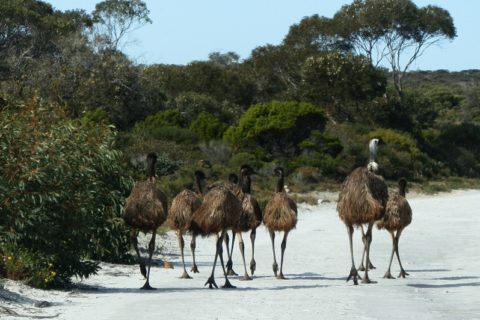