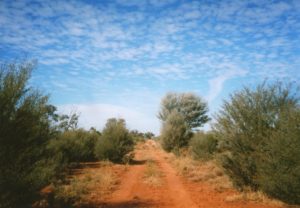 With 200+ bird species over several diverse habitats in its 14000 hectares, Bowra Sanctuary puts out for all all elements of a truly excellent outback experience – spectacular scenery; wonderful wildlife – in this case birds; and eccentric characters – in this case human!

But while these elements make it a perfect outback hideaway, Bowra is only 16km from South-western Queensland’s Cunnamulla and (relative) civilisation – so could be classified as Outback-LITE, but if you don’t leave the property during your stay, I SWEAR you won’t notice!! 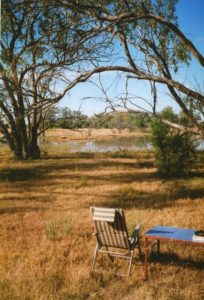 If your luck holds, you’ll get all the above elements, but sadly, the outback characters we encountered weren’t local! Not once during our 6-night stay in June 2010 did the bizarre-and-eccentric-magnet campground fail us – between people-watching, livestock dodging, hard-core twitching*, relentless photography and traveller SHAME file moments rivalling ANYTHING I’ve posted so far, the Bowra ‘experience’ rates as one of our most memorable of all time.

And I mean that in a good way! Not only did it provide a rich comic seam, already mined in a previous post, but there’s virtually no need for embellishment! Now about how many other blog-land adventures can you say that??!!

As Bowra’s unique natural attractions virtually guarantee high numbers of bird species sightings in a relatively small space, you can’t swing a fat-tailed dunnart without hitting a twitcher* in full regalia, often including many $$ worth of binoculars (‘bins’), telescopes (‘scopes’) and camera gear (is there a euphemism for that?!).

After all, Bowra is special – it’s one of several locations where the legendary Sean Dooley (current record holder of most OZ bird species seen in a calendar year) didn’t spot Grey Falcon!! During our 6 night stay, Pilchard sighted over 100 species – most notably Halls Babbler (a lifer**), Red-backed Kingfisher, Brolga, Plum-headed Finch, Black-breasted Buzzard, Major Mitchell Cockatoo, Crested bellbird, Bourke’s Parrot, and Ground Cuckoo-shrike. And Grey Falcon?? Well, no-go! A fellow camper spotted Australasian Bittern at one of the waterholes, and had the pix to prove it, but sadly, this was another no-go for us.

I’m sure I wouldn’t have had such a great time had I been a hardcore twitcher or photographer. A keen birdwatcher trying to take the perfect photo is a study in rabid obsessive-compulsive observation – and is also completely oblivious to surroundings, social niceties and/or the passage of time. SO … after a hard day on the birding trail, companion/s of such a person invariably arrive back at camp in a bit of a state, and ready for an actual conversation with ANYONE else. And hey! If you haven’t got anything nice to say about anyone – come sit next to me!!

Chances are, your fellow campers are not common or garden variety Grey Nomads. Jolting along on the station tracks in pursuit of an elusive sighting isn’t everyone’s idea of a fun time – and the scenery (albeit spectacular) isn’t always enough of a trade off. It’s likely, therefore, that people attracted to Bowra have at least a tenuous connection to twitching and/or photography.

So conversations with other campers often take a ‘league table’ format where tales of sightings and locations are swapped in order to trump the other person (eg rare Aust. Bittern trumps more common Crested Bellbird). Hell, that was MY motivation anyway – although I can’t speak for anyone else …

Take Julia and Kevin*** for example. This Dingo-Trap grey nomad couple bailed us up for a scarily strange conversation that went something like this:

Julia This isn’t bad for a free camp
Red It’s not free – this is private property and the camp fees are $25 for a powered site.
Julia No, it’s free! It’s in the book****! Isn’t it, Kevin?
Kevin (nods maniacally – confirming Julia’s wrong information is clearly a way of life)
Julia They told us how to get here when we asked for directions to the free camp.
Pilchard (sensing Red’s steam rising) Who told you it was free?
Julia The people in town (she meant Cunnamulla, but couldn’t articulate this). They sent us here, but we got lost and some workmen gave us directions.
Pilchard So which free camp were you heading for?
Julia I don’t know what it was called! Can you remember, Kevin?
Kevin (shakes head vigorously)
Pilchard Which direction are you heading?
Julia (exchanges concerned look with Kevin – this is clearly a trick question) What do you mean?
Pilchard (trying to establish the direction from which they came so as to work out where they’re going) Well, where did you stay last night?
Julia I don’t know what it was called! Can you remember, Kevin?
Kevin (shakes head slowly)
Pilchard (ever helpful, names the most likely town in each direction) Was it St George, Charleville, Bourke or Eulo?
Julia I don’t know what it was called! Can you remember, Kevin?
Kevin (shakes head emphatically)
Julia I don’t think the GPS was working properly. When we turned off it told us we were going the wrong way. Didn’t it, Kevin?
Kevin (nods head vigorously)
Red (trying to suppress a) irritation and b) gloating) Maybe you WERE going the wrong way! This isn’t a free camp site! (hidden subtext – the GPS KNOWS BEST!!!)
Julia Well, we told them we were looking for the free camp where you could go birdwatching and they sent us here!
Pilchard Oh, I think you were going to Paddabilla Bore near Eulo! That’s another 50km west of here! (successfully suppresses amazement that you wouldn’t know at least roughly where you were)
Kevin (finally speaks, although to no great effect) I told you we hadn’t come far enough!
Julia (looks at Kevin in consternation) Well, we were expecting a free camp site. We intended to free camp tonight, didn’t we Kevin?
Kevin (nods vigorously)
Julia Who collects the camp fees?
Red There’s an honesty box in the shearers quarters.
Julia What time do they empty it?
Red The owner comes out from Cunnamulla in the morning.
Julia (looks at Kevin meaningfully) Well, we’re self sufficient!
Kevin (nods wisely – or at least in a reasonable parody thereof)
Red (opens mouth in disbelief, about to spew forth a diatribe against freeloaders)
Pilchard (whispers to Red) Calm down, it’s not our problem!

I’m not sure why, on the strength of this ‘conversation’, Kevin felt he knew us well enough to recommend another amazing free camp – we’d apparently LOVE it! And even now, only three things stand between us and a tryout of this legendary (perhaps mythical!) spot:

You see, Julia and Kevin left early the next morning WAY before we arose, and when I later visited the honesty box to pay our site fee, mine was the only envelope there!

As inept as bird identification as they were at reading maps, Julia later told Pilchard she’d discovered a new bird. She clearly didn’t believe Pilchard’s identification despite him showing it to her in the bird book . BUT … let her go, I say!! How much fun would it be to watch her report her ‘find’ to the birdwatching community?

But grey nomads aren’t the only ‘eccentrics’. Late one evening, a convoy of academics and artists (my assessment!) in camper trailers arrived asking us to explain directions to the waterhole where they planned to camp. Pilchard’s simple explanation of the directions on the map left for them (‘keep going straight down the road you’re now on until you hit the waterhole’) fell upon deaf ears once they spotted the shearer’s quarters. Electricity! Heaters!! Lights!!! I didn’t think it possible for the 4 who eschewed their trailers to fill the 10 or so rooms in the shearer’s quarters with their mess – AND blow the fuses (turning on all the lights when using a generator system will do that)! But maybe I was wrong about the artist/academic thing – such folk surely don’t believe in the Cleaning Fairy, do they? DO THEY???!!! This lot gets the dubious honour of creating the most disgraceful mess I’ve EVER seen in an amenities block in the shortest time – they deserve every accolade this award brings!! Wonder what would’ve happened had they ended up down by the waterhole …

Bowra Sanctuary was once – and during our stay, still was – a working station, owned by the same family for 5 generations before purchase by the Australian Wildlife Conservancy. Now, a Birds Queensland on-site caretaker manages the campground – AND collects the fees!

We look forward to returning for ALL reasons – there’s no way I’d pass up the opportunity to meet more quirky folks like these; and we’d love to re-visit our favourite spots! And maybe – just MAYBE – we’ll spot Grey Falcon …

* twitcher = birdwatcher!
** lifer = a species of bird seen for the first time (ie in your life)
***Not their real names. And any likeness to names of current and penultimate Australian Prime Ministers is entirely coincidental.
**** Free Camps Book #5 – the Grey Nomads bible
***** This great OZ euphemism provides a disturbing mental image! ‘Roos’ (ie kangaroos) in the ‘top paddock’ (ie brain’) are ‘loose’ (ie jumping around) – therefore the person must be mad!! It works, huh?!?! 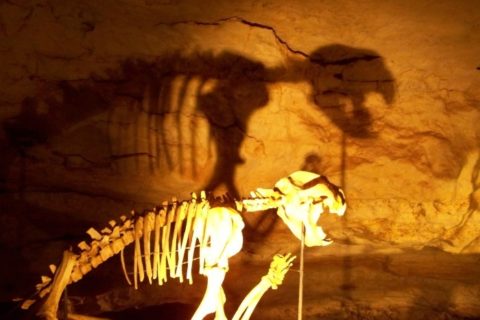