﻿﻿﻿﻿What do Aussies call a person who a) makes a living from criminal activity; b) is on the run from the law; c) is likely armed and dangerous; d) lives outside mainstream society; and e) has probably killed – most likely police officers?﻿﻿﻿﻿﻿﻿﻿﻿﻿﻿

NO! Not a terrorist! And to save you the time, nor is it highwayman, brigand, bandit, pirate, robber, outlaw, smuggler, Merrie Man, politician or rebel without a cause!

Yeah, the title’s a dead give-away – Bushrangers! And as sure as 19th century graffiti eventually becomes ‘important cultural and historic landmarks’, so do our colonial delinquents become folk heroes!
﻿
We’ve got no hope – even the swagman of (arguably) our best known song, ‘Waltzing Matilda’ was a sheep thief! Hands up non-Aussie readers who think that’s the Australian National Anthem?? HHHMMMmmm… thought so! If you want the REAL story, visit the Waltzing Matilda Centre in Winton, QLD – which is, incidentally, the only museum in the world devoted to a song!
﻿﻿
So why are they heroes? Like their motherland counterpart Robin Hood, many bushrangers put the equitable redistribution of wealth principle into action, especially if that wealth was from stations run by English conglomerates that threatened smaller landholders.  In which case  public opinion generally came down on the bushranger’s side!﻿﻿﻿﻿﻿﻿﻿﻿
Say ‘Bushranger’ to almost anyone – and ‘Ned Kelly’ is a likely response. Ned and his imaginatively nicknamed ‘Kelly gang’, terrorised Victoria’s Wombat ranges, stealing livestock, shooting policemen and robbing various facilities before a shoot-out in which Ned was shot, then captured and hanged. But not only is his life is celebrated in song, the world’s first feature film, art and the Man Booker prize winning book, his reported last words – ‘Such is life’ – are part of the Aussie lingo. And in the ultimate accolade (or embarrassment – YOU decide!!), he’s now ‘Big Ned’, another Australian ‘Big Thing’!
﻿

Head ‘Outback’, and bushranger caves, hideouts and lookout points are as thick as thieves! You can pretty much depend upon it that the longest hike, the highest climb, the remotest area is where bushranger hideouts will be. The pre-requisites – hidden, extensive view, escape route – mean they’re quite coincidentally in areas of wild, natural beauty, with expansive and panoramic vistas. And therefore well worth a visit!

The subject of a previous post, Starlight’s lookout, named for the hero in Rolf Boldrewood’s ‘Robbery Under Arms’, in turn named for real-life bushranger Harry Redford, is one such haunt. ﻿﻿﻿﻿﻿﻿﻿﻿﻿﻿﻿﻿

But the lesser known Kenniff brothers hid out in what is now the Mt Moffatt National Park, a remote and largely inaccessible area of spectacular beauty. After shooting a policman and station manager, they cremated the bodies and placed the remains in the police packhorse saddlebags. The ensuing manhunt ended with arrest and subsequent trial at nearby Mitchell’s courthouse – where the transcript can be read. While one brother was convicted of murder and hanged the other was released from prison a few years later and died a natural death.
﻿﻿﻿﻿﻿﻿
How likely are you to encounter a bushranger in Australia today? Well … sky high livestock prices courtesy of recent floods, hot of the heels of years of crippling drought have put temptation in the path of opportunists once again. Reports of livestock theft are on the increase, with a recent reminder on an ABC TV* program that despite our national heritage, theft is theft! It’s unknown however, whether they, like the bushrangers of yesteryear, steal only from those more wealthy than themselves!

Unless a present-day bushranger wants notoriety (in which case s/he is likely to have a Facebook page) you probably won’t know if you’ve encountered one! How much further would the old-time bushrangers have got with the benefits of technology?!

﻿﻿﻿﻿
How will history treat the modern day bushranger, now that the precedent’s already been set? They’re just following an almost sacred Aussie tradition … and our natural inclination to romanticize the past may well mean a future ‘Big Thing’ to rival Ned Kelly! 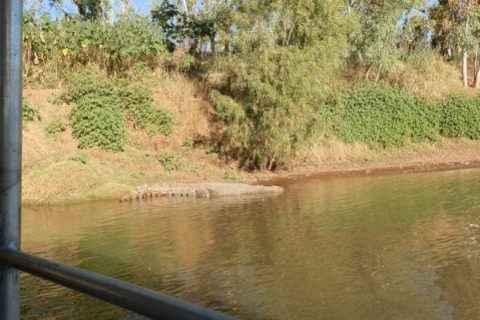 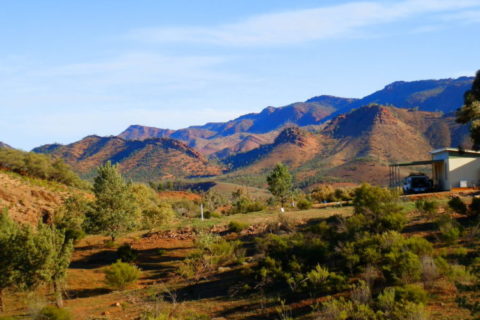