Australia’s beaches don’t all look like the pre-tropical-cyclone-Yasi* paradisical wet dream of white sand, palms and crystal clear water! While this may fill some reader’s hearts with dismay, there’s no way the southern beaches, especially those of South Australia’s Yorke Peninsula, could be mistaken for their northern counterparts!

But this isn’t necessarily a bad thing – Stansbury’s stretch of beach along Oyster Bay (there’s no mystery why it’s called that!) is a superb example of that other kind of paradise where warnings against crocodiles, marine stingers or falling coconuts are not required! Nor are you likely to encounter an errant Bufo marinus (aka cane toad!) – for the moment, anyway!

And generally, where there’s a magnificent beach there’s – yes, you guessed right! – a public loo with a magnificent view!
This one looks clear down to the Foreshore Caravan Park, those absolute beach front sites snaffled by Grey Nomads out of peak holiday season and school holidaymakers in. And who can blame them? That southern delicacy, the Blue Swimmer crab, is there for the taking – if the name of the month contains the letter ‘r’!!
The northern panorama up the coast beyond the jetty ensures this is one of Australia’s more expansive public amenity views – yet another great reason for a ‘business’ stop?!

But, on Stansbury Seaside market days, held during the warmer months, the view changes! Whether for better or worse depends on whether you love or loathe markets as the empty foreshore fills with stalls – and visitors from all over the peninsula.

In the cooler months – I won’t amuse northerners by referring to it as ‘winter’ – the view is unsullied by commercial enterprise! Despite the absence of anything but the Great Southern Ocean between the southern Yorke Peninsula and Antarctica, extreme cold – let alone snow – is virtually unknown there.

And what better spot to do your business than here, where a winter’s day can look something like this… 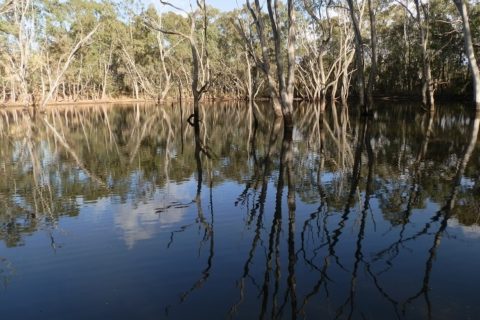 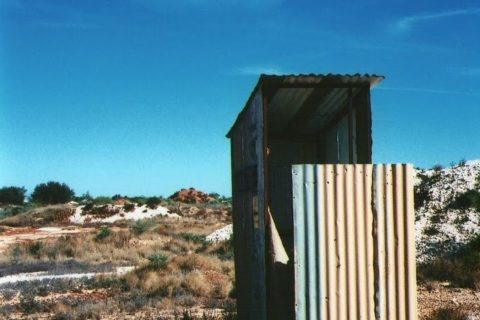 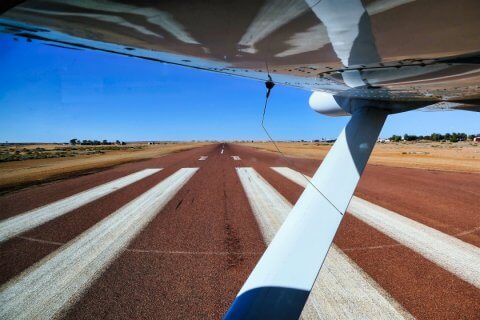