Other Australian signs may have more punchy graphics and wording, but this sign, found on a fence in Cooktown, definitely wins the ‘Huh???’ award.

The fence surrounds a plot of land with an unremarkable building next to a service station on the outskirts of town, from which the sign is clearly visible.

At first glance, it looked like a pretty standard ‘keep out’ sign – until I got to the last line.  Hell, I was just thinking about getting out a gun and firing a few random shots into the air, too!  As one does while refuelling ones car!!

Luckily the sign was there to stop me.  Crisis averted!

The block of land is strangely free of wild boar, rabbits, crocodiles, snakes and any other vermin that might tempt a gun-toter to fire off a few rounds – or at least it was when we saw it.  You’d think the proximity to the fuel station would be at least a bit of a deterrent for a responsible gun owner too.

While I get the ‘no trespassing’ bit, I’m still none the wiser as to why the Federal Government of a country with strict anti-gun laws has felt it necessary to prohibit shooting on or over the land  – but not the building?!?! 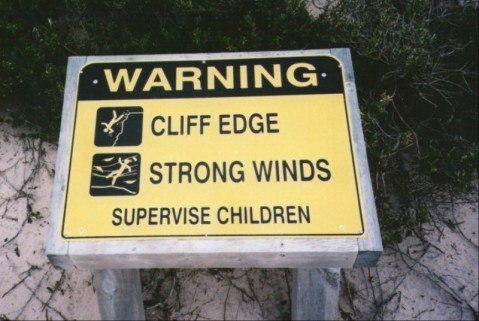 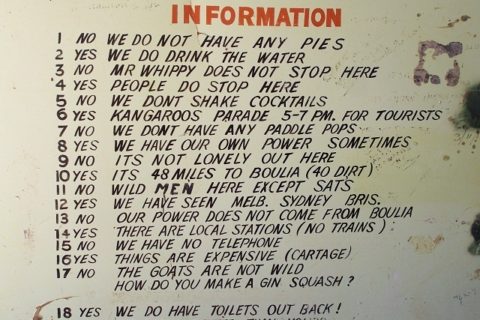 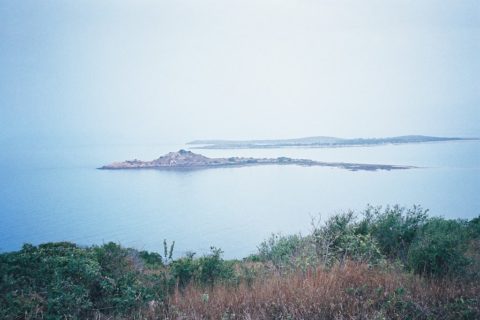