You don’t visit outback Queensland expecting to see the world’s largest deckchair do you?  Of course you don’t!  BUT whether you expect it or not, Winton, smack bang in the middle of Queensland is home to this record breaking construction!
Yes, it really IS the world’s largest deckchair – apparently authenticated in the Guiness Book of Records!!  Once the record had been broken, the owners weren’t quite sure what to do with it.  SO … Winton open air cinema came to the rescue!!
The open air cinema is a tourist attraction in its own right, even without the added inducement of the deck chair.  Tragically, full length movies are no longer shown there, although an evening tour of the cinema is available, where some period advertisments and cartoons are shown.  This may be just as well – we timed our visit 12 years ago for movie night so we could experience the open air ambience.  Sadly, the movie that night was a Nicolas Cage movie so unremarkable I can’t recall its title.  Nic played an angel (!) who falls for Meg Ryan, a brain surgeon (!!) and spent his screen time mooning around looking as mournful as a constipated puppy.  BUT … the experience was worth it for the nostalgia it evoked – and the pebbles thrown over the walls from outside by the kids unsurprisingly bored with the movie.
Other than providing an unusual photo opportunity, the deckchair really plays no part in the cinematic museum which is available for touring throughout the day.  The deckchair isn’t visible from the projection room – so the unadulterated daytime view of the cinema looks pretty ordinary!  Imagine watching a movie at night, however, with the BIG outback sky studded with stars clearly visible above the screen!
Now that’s something that even my personal favourite of yesteryear, Clark Gable, would have trouble competing with!!
Happy viewing!!
Like it? SHARE it! 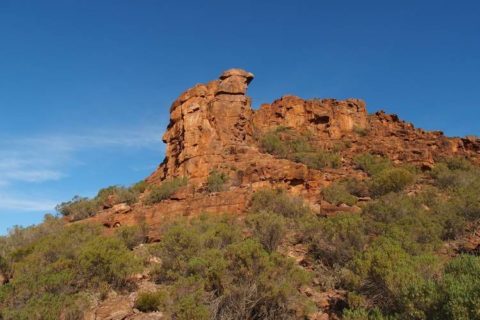 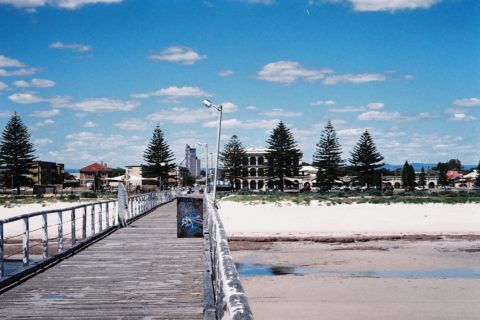